What Is a Wrongful Death?

Pursuant to Nevada Law, a wrongful death occurs when a victim’s death is caused by a person’s negligent or intentional actions. Nevada defines negligence as the breach of legally recognized duty that causes a victim to suffer an injury or death. Las Vegas wrongful death incidents occur in a variety of circumstances, including:

Who Is Entitled to Wrongful Death Benefits?

Nevada Wrongful Death Damages You May Be Entitled to Receive

How Are Wrongful Death Benefits Distributed?

The Nevada Wrongful Death statute recognizes two classes of claimants. These are the victim’s estate and the victim’s heirs. Under Nevada’s Wrongful Death statute, heirs will have to appear in court to prove the damages they suffered. Each heir must demonstrate the loss of companionship and comfort the person suffered as a result of the victim’s death. Additionally, plaintiffs must prove the grief and loss they experienced. Typically, these losses are proved by the heirs providing detailed testimony. Following this testimony, the Court will divide the money from a wrongful death award among the surviving heirs. In most cases, the surviving spouse will receive the largest share of the award, followed by the victim’s children. Regarding the surviving children, the Court will divide the money based on the amount of emotional and financial losses the children experienced.

Do You Need to Hire a Wrongful Death Attorney to Recover Benefits?

If your loved one passed away because of negligence, hiring a wrongful death attorney early on is essential. Wrongful death cases are legally and factually complex matters to litigate, and an experienced attorney can improve your chances of receiving compensation. For example, truck accidents involve FMCSA regulations, and they typically feature extensive evidence. It is also common for fatal truck accident cases to involve multiple defendants, like trucking companies, truck drivers, and even commercial truck manufacturers. A victim’s heirs will have a better chance of winning a case prior to the expiration of Nevada’s two-year statute of limitation if they are represented by experienced Las Vegas trucking accident attorneys.

Wrongful death claims create high financial exposure for insurance companies due to the number of damages that can be claimed. Accordingly, insurance companies fiercely defend against wrongful death lawsuits. An attorney can investigate the facts surrounding a victim’s death and collect evidence to support a wrongful death claim. An attorney may involve accident reconstruction specialists, medical experts, eyewitness testimony, and black box data to prove negligence. 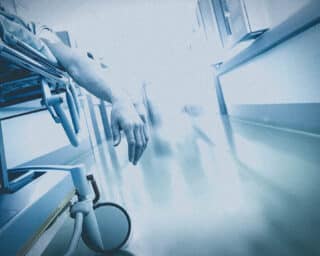 Who Is Entitled to Wrongful Death Benefits?

The death of a family member is a traumatic and life-altering experience. The resulting grief... 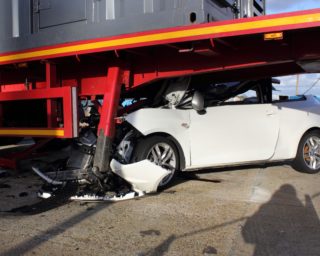 How Impact Speed Can Affect the Risk of Injury or...

Recent studies have shown that low-speed vehicle crashes can present the same level of risk... 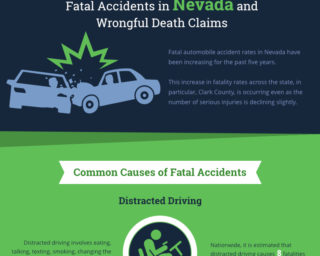 Fatal automobile accident rates in Nevada have been increasing for the past five years. This...