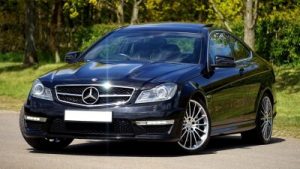 Nevada is driving the autonomous vehicle trend by being the first state to issue permits to driverless cars on public roads for technology testing. Self-driving cars appear set to be the next wave in revolutionary automobile technology. Companies from Google to GM believe that driverless technology is the key to reducing traffic accidents and fatalities, improving fuel efficiency, and tackling congestion.

Driverless cars are vehicles that can operate autonomously on public roads. They are being tested by a broad range of companies from Google and Tesla to Mercedes-Benz and Freightliner. Driverless cars are believed to be safer and more efficient, once the technology matures.

Driverless cars can react faster than a human (in theory) and are therefore safer than human drivers. They can utilize a wide array of sensors to improve traffic and operate efficiently, such as communicating with other cars on the road to maximize efficiency and reduce traffic.

In some ways, proto-driverless cars are already on the market. High-end car manufacturers, such as BMW and Tesla, have offered driver-assist programs for years. Most of these programs help people parallel-park, engage emergency brakes, or increase driver awareness. Some programs, like the Tesla’s Autopilot, are capable of assuming car operation in certain controlled environments, like freeways.

But there are serious downsides to the technology, which is why testing areas, like Nevada, are a critical part of its development.

Nevada paved the way for driverless technology in the United States; it was the first state to issue permits to companies testing autonomous vehicles. Once Nevada established its permitting system, six more states followed, including California, Florida, and Michigan. Fifteen more states are considering legislation to permit some form of driverless technology on public roads.

Testing of this new technology is critical. These driverless cars, before they can actually begin to penetrate the market, must be able to operate correctly near perfectly all of the time – which is impossible at the current level of software development.

Furthermore, every new update comes with its own set of bugs. Computer bugs in a phone or computer are irritating but not life-threatening. However, if GM rolls out an update to its fleet of self-driven cars and a bug is present, it could cost lives. It is for this reason that the technology must be tested in steadily expanding areas of control.

Nevada imposes some strict safety requirements on companies seeking permits. The permits prohibit autonomous vehicles from operating in fog and on freeways. Additionally, every driverless car must have a human operator who is qualified to take control should an emergency arise.

Although Nevada imposes some strict safety rules, the regulatory climate is relatively lax if the applicant company:

Permits must be renewed every year with conditions, and the DMV retains the right to order a drive demonstration before issuing the permit.

The economic impact on Nevada has been and continues to be tremendous. Nevada has issued permits to five companies, including Google, and is reviewing applications for two more. Autonomous vehicle technology companies continue to relocate or incorporate in Nevada to take advantage of the regulatory climate.

Furthermore, more companies come to Nevada every year. In 2015, Nevada granted permits to Mercedes-Benz, Kia Motors, and Freightliner Inspiration. The state’s open regulatory structure is even attracting companies from Europe, like Daimler. Once driverless cars are more reliable, Nevada may reap additional benefits.

Aside from the technology barriers, companies are also pushing the boundary on the legal regime that governs car accident liability. Today, drivers operate under either fault or no-fault systems. A fault system requires the at-fault driver to pay for the damage. A no-fault system does not assign responsibility and requires each respective insurer to cover the costs.

Both of these systems presume that a human operator was at fault for the accident, which enables an easy assignment of responsibility. However, driverless cars are operated by programs. If an accident occurs, is it the fault of the program? Is it the responsibility of the city? Or does the human-owner remain liable for the accident?

These questions and more must be resolved before driverless cars can be widely adopted.