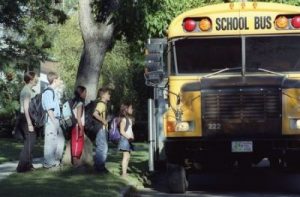 When buses crash, the drivers and companies they work for can be held liable for the personal injuries and property damage caused by the accident. Each year, the National Transportation Safety Board estimates that nearly 700 million passengers are transported by buses in the United States. This is almost as many passengers as are carried by airlines.

The most serious bus crash this year occurred on October 23rd in California. Teodulo Elias Vides was driving a tour bus owned by USA Holiday when he struck a semi-truck that was moving slowly on the highway near Palm Springs. The bus was returning to Los Angeles following a trip to the Red Earth Casino at the time of the accident. Personal injury attorneys in Las Vegas are familiar with these cases as many out-of-state companies operate tours to Nevada casinos and tourist points including Lake Mead and Hoover Dam.

The National Transportation Safety Board is currently investigating the accident which killed Vides and 12 of his passengers. Further, the families of deceased passengers Gustavo Garcia and Tony Mai are suing USA Holiday and Vides’ estate for the negligence and wrongful deaths of these men.

Bus company negligence is a leading cause of bus accidents in the United States. Bus companies are not kept to the same stringent standards as airlines or cruise lines. This means that in many cases, companies neglect maintenance and engage in poor record keeping practices. As upkeep and maintenance lag, the vehicles they operate become dangerous to passengers, pedestrians, and other motorists. Moreover, many buses are not equipped with seat belts which can increase the potential for serious injury when a crash occurs.

Another common factor is the negligence of the driver. Drivers of tour buses and charter buses are governed by regulations that limit the number of hours they may drive and how much time they must take off each week. However, the logs are often loosely maintained so that drivers can drive longer than the law allows. Bus driver fatigue creates a significant risk of injury or death. Drivers who are fatigued are more than twice as likely to cause an accident as a driver who is well-rested. According to data from the American Trucking Association, approximately 28% of large motor vehicle operators suffer from fatigue.

Drivers are also required to abide by laws that regulate bus speed, turning and following distances, load restrictions, and even alcohol consumption. When an accident is caused by the negligent actions of a bus driver, it is often the company they are employed by that is held responsible.

Between 2005 and 2010, there were an average of 1,003 tour bus accidents each year. These accidents claimed an average of 44 lives per year, and caused 505 non-fatal injuries. A similar study conducted from 1999 to 2005 showed that there are roughly 63,000 bus accidents each year. These statistics include city buses and school buses. Of these, an average of 14,000 crashes result in injuries, and 325 result in a fatality. In fact, inter-city buses are the most dangerous with the statistics showing they are more likely to be involved in a serious accident.

While commercial bus accidents are far less common that other automotive accidents including truck accidents, they have a greater potential for disaster because of the numbers of people a bus can transport. Studies have found the risk of an accident is higher when the bus is driven by a young and inexperienced bus driver, or by a driver who is over the age of 65.

Seat Belts Would Save Lives

Seat belts are mandatory in passenger vehicles, however, vehicles weighing over 18,000 pounds are exempt from mandatory seatbelt laws. Adding seat belts within buses adds between $8,000 to $15,000 to the price of a bus depending on the carrying capacity. Even so, more than 80% of new tour buses come equipped with safety belts as standard features. While these vehicles are exempt from mandatory seat belt laws in most states, this may change as legislators begin looking at ways to better protect passengers on tour buses and city buses. In 2010, California, Florida, Louisiana, and New Jersey began requiring school bus passengers to use seat belts. This trend could conceivably continue to include city buses and tour buses in the future. If it does, it will save many lives and prevent countless injuries.