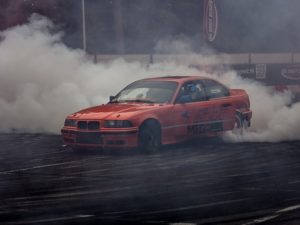 Street racing has become a dangerous pastime for teenagers across the country. Their need for speed is causing serious accidents and injuries to other drivers, motorcyclists, bicyclists, and pedestrians.

The Dangers of Street Racing

To prevent street racing accidents often seen by a personal injury attorney in Las Vegas, harsh penalties are being imposed for drivers. Nevada imposes steep fines, a driver’s license suspension for up to two years, and possible jail time for six months.

Car accidents are the leading cause of death for teens between the ages of 16 and 20. The risk of a crash is four times greater for teenagers than for adults. Teenage drivers are especially vulnerable to motor vehicle accidents because they often lack the ability to assess a dangerous situation, especially if alcohol or drugs are involved. A personal injury attorney in Las Vegas commonly sees serious car crashes that involve teenage drivers who were speeding while under the influence of alcohol or drugs. According to national accident statistics, 60 percent of all car-related teenage deaths involve alcohol. Teens have a low tolerance for alcohol and are inexperienced drivers. This combination creates a dangerous situation when teens get involved in street racing.