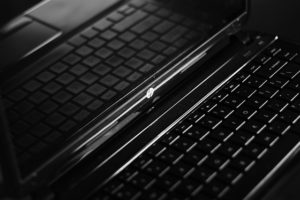 Lithium-ion batteries power everything from phones to laptops, and the power contained within these powerful batteries creates a strong potential for explosions and fires. When these devices fail and cause explosions or fires, manufacturers, distributors, suppliers, and maintenance technicians can be held liable for the personal injuries and deaths they cause.

In January 2018, HP issued a recall for 50,000 faulty lithium-ion laptop batteries that are prone to malfunctions that lead to overheating. The recall covers some of the companies most popular product lines including the HP Pavillion, HP ProBook, and HP Envy. To date, the faulty batteries are known to have caused at least eight incidents of overheating, one fire, and one instance of first-degree burns.

Lithium-ion batteries can fail due to faults in the electrode, separator, electrolyte, or system process. Exposure to extreme temperatures, strong vibrations, or impacts can damage these components and increase the likelihood of a failure. In most cases, a failing lithium-ion battery is not discovered until it reaches a critical stage and a fire or explosion takes place. At this stage, also known as the “thermal runaway” stage, the internal temperature of the battery can exceed 900 degrees Fahrenheit.

Personal injury liability for a lithium-ion failure that causes burns or shrapnel wounds can fall upon manufacturers whose designs contain defects that cause components to fail. It can fall upon repair technicians who damage the battery during servicing. It can also fall upon individuals who deliberately tamper with the device with the intent of causing a failure. These actions can cause severe burns and significant property damage. In severe cases, they can cause permanent disability and wrongful deaths. For these reasons, consumers should heed recalls related to devices they own and cease the use of lithium-ion batteries that are known to be dangerous or have become damaged during regular use.