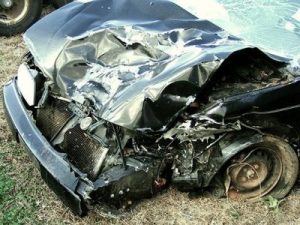 Driving while under the influence of alcohol has received lots of attention over the years. However, there was once a time when driving in this manner was quite common. Things changed in the 1970s, with the founding of various interest groups to stop the practice. Despite awareness of the potential dangers to the public, there are still those who get behind the wheel of vehicles after drinking.

They do so for various reasons, including:

In Las Vegas, as is common across the nation, drunk drivers tend to be on the road most frequently between midnight and 4 a.m. The Strip is prime ground for alcohol-related driving accidents, especially during these hours.

When hit by a drunk driver in Las Vegas it is imperative to recall as much of what occurred as possible. At times, doing so is difficult, given that drunk drivers can act so unpredictably. Be prepared to inform the authorities of just what events led to the accident.

Drunk drivers often cause accidents by doing one of these:

Inform the authorities of everything that could have caused the problem. Also, let them know of any immediate injuries suffered. Doing so will establish a record that the courts will later need to assess the veracity of any damage claims.

Get Help From the Professionals

A medical physician will have to diagnose any physical injuries. Many accident victims believe themselves fine initially, but then later experience pains. Internal damage is not readily apparent. The attending doctor will file the extent of the injuries in a report that an attorney can then use to file a lawsuit.

A personal injury lawyer will request the perpetrator pay for damage done by negligent driving. Operating a motor vehicle while intoxicated in Las Vegas, is itself virtual proof of negligence. The lawyer can request payment of compensatory damages to cover such costs as medical care, auto repair and lost time at work. They may also pursue punitive damages, in excess of the actual amount of harm, to punish the defendant for being so callous.

Since each situation is unique, a personal injury firm, such as Mainor Wirth in Las Vegas, will have to study the details of the case to decide just what sort of damage claim is possible.