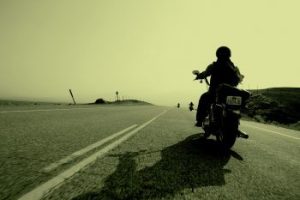 According to the National Highway Traffic Safety Administration (NHTSA), an investigation is underway in response to reports of accidents caused by failing brakes on Harley-Davidson motorcycles. Since Harley-Davidson motorcycles are popular on Nevada’s open roads, several personal injury cases have been filed with a Las Vegas personal injury attorney.

According to NHTSA reports, it has received 43 complaints about brakes suddenly failing without warning on these Harley-Davidson models. Of the 43 complaints received, there were at least three motorcycle accidents and two resulted in serious injuries to bike riders and/or passengers. In Nevada, a Las Vegas personal injury attorney often handles personal injury cases that involve serious injuries like broken bones, neck and back injuries, and head trauma from motorcycle accidents.

Preliminary investigations show that the problems appear to be connected to brake fluid. According to Harley, brake fluid is supposed to be replaced every two years in affected models. If that isn’t done, it may contribute to a lack of braking capacity for riders. According to Harley-Davidson, if brake fluid isn’t changed at suggested intervals, the old fluid can absorb moisture and corrode the anti-lock brake system’s actuator valves. If this occurs, the valves will not work properly. Preliminary reports show that many Harley-Davidson owners of affected models are not changing the brake fluid as required. The ongoing investigation seeks to uncover the cause of current braking problems by looking into whether the bike is solely to blame or whether the riders bear some responsibility.

Recalls of Harley-Davidson motorcycles have surged in the past two years. U.S. government data shows that approximately 210,000 Harley motorcycles were recalled in 2014, and 312,000 motorcycles were recalled in 2015. That compares with a yearly average of 94,000 recalls in years prior to 2013. In 2015, Harley-Davidson’s senior vice president in charge of manufacturing stated in an interview that the Milwaukee-based company was studying its design, manufacturing, testing and sourcing of supplies to see how future flaws in bikes could be avoided.

In 2014 and 2015, Harley-Davidson recalls did not involve sudden braking problems but did include several other serious flaws including:

During the past two years, Harley reported 35 crashes or other incidents from these defects and six accidents that involved minor injuries. In 2104, Harley corrected defects by using engine-cooling technology and installing hydraulic clutches on some models. Previous problems with clutches led to a recall in October 2013 that included an unusual “do-not-ride” warning.

When comparing accident and injury statistics for motorcycle accidents in Nevada to accident and injury statistics involving other types of vehicles, it’s obvious that more serious injuries occur to motorcycle riders. Motorcyclists are 30 times more likely to die in traffic accidents than people in passenger vehicles. A Las Vegas personal injury attorney sees many more serious injuries in motorcycle riders than passenger car drivers. According to the Nevada Department of Transportation (DOT):

In Nevada, all motorcyclists are required by law to wear a helmet while riding their bikes on roads or highways. The helmet must fit all standards detailed by the U.S. Department of Transportation. There is only one exception to this rule: a helmet is not required for motorcycles with less than two horsepower or motorcycles that can’t travel faster than 30 mph. A Las Vegas personal injury attorney often sees head trauma that may have been prevented by a helmet.

Nevada motorcyclists must be issued a Class M driver’s license. To get this license, a person must request a written and skills test with the Nevada DMV or enroll and pass an approved safety course. In Nevada, it is illegal to operate a motorcycle on a public road or highway without a Class M license.